I know there are many people in India Who wants to play games on PC but they don't, because the games which are available are of very high graphic & people can't afford to buy graphic cards.
So today we will discuss about the games which you can play on your Intel I3 Processor 3rd Gen. & 2 GB Ram which will run smoothly on your PC.

This are the games which I personally played on my PC & giving best experience.

This game was launched in the year 2010. This game is basically an adventure journey which includes fighting skills (Combat). They have missions which you have to complete. Graphic of the game is also good. Combat skill & Horse Riding is exceptional.

This Game was launched in the year 2000. This game is old but if you like action genre kind of games, then this will prove best for you. As you know you'll get a mission & you have to complete. Graphic is Good. Shooting skill of the game which I personally preferred.


If you prefer shooting games, then this game will provide you with best experience. This game was published in the year 2014. Graphics, Story & Idea behind the game is very interesting.


This game was launched in the year 2004. Everyone know about this game, if you are a game lover. This game is total package of sport, adventure, fighting & shooting, overall which provides best experience.


This Game was launched in the year 2013. Friends this game is one of a kind. While playing the game the features which I personally like is graphic of the game, adventure, hunting, water level missions, & many such things. If you don't have graphic card then you can play in on a low level. Reason why I am recommending you this game is because, it's full of adventure & surprises.


This game was launched in the year 2015. Before playing WWE on PC, we have to installed emulator as WWE was made only for ps4 & Xbox. But Wwe 2k16 was made also for PC. So now you just have you install the game only no need for any emulator. If you play this game without an graphic card, it will run slow. But you won't get any much problem as I have personally played this game on i3pro 3rd gen. I have completed my carrier mode in this game. I have also uploaded a video related to this on my YouTube channel, kindly refer to that video, you'll get an idea about it.

This game was launched in the year 2005. If we are talking about the adventure & fighting game, then this game is the best available option here. Graphics of the game is best. You have to find your own way in this game which is the most interesting part of the game. You'll also get a chance to fight with a monster. I have completed this game one time & I have already started again because you'll get addicted from the game.


There are many more games which you can play on your PC without graphic cards. I'll let you know about the same in coming blogs.

This are the 7 games which you can play without any problems.


Thank you for visiting on Khangamer.

Popular posts from this blog 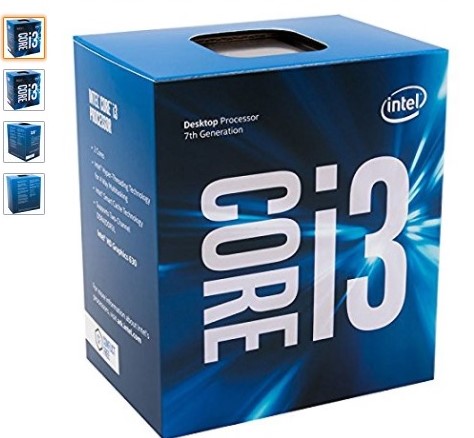 Best Budget Gaming PC 36 K Hello Friends to the site khangamer.in. Today we are going to discuss about the thing which will help us in our gaming experience.
We are talking about a Gaming PC. If you want to buy or thinking about a gaming PC then this information would be very beneficial for you. You can buy this product via online or offline as per your conveniemce. The Cost would come around 36000, excluding monitors cost. If you don't know how to assemble the products then you can watch the related videos available on youtube.
This are the products which will help to build a proper gaming PC.
1- Processor -  For making good & better gaming pc, we will require an high processor. So for this, you can buy Intel I3 7100 Processor. It's a good processor, it's from Intel I3 7th generation which is good for the pc. You can buy this processor at 8610 Rs which available on Amazon.

http://amzn.to/2nMcmh1
2 Motherboard -  We are using Intel' I3 processor so for making it run…
Read more 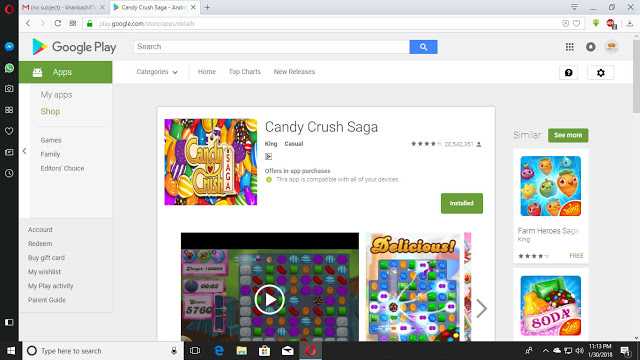 Top 5 Best Android Game Hello Friends, welcome to one & all who have visited khangamer.in website. Today we will discuss about the Top 5 Best Android Game. So here we starts..
1. Candy CrushCandy crush is one of the most downloaded game ever. Till now, this game has been downloaded by 500 million plus times. This game was launched in the year 2012. People prefer to play it while traveling. The game is old but still people likes this game very much.
2. Clash Of Clans
Clash Of Clans, about this game i have written i have already posted the article which comprises all the details like how to play it & all. So keep visit the post. Click here Visit my article to know about Clash Of Clans
3.Teen Patti Teen Patti This Game is mostly being played by people from 13 years of age to 60 years of age. You must have seen many people play this game. Since many years, this game is entertaining many people
4. 8 Ball Pool 8 Ball Pool has been downloaded by more than 1 million times. Graphics of this gam…
Read more